Skip to content
Posted on March 11, 2011July 24, 2019
Of all the flightless birds that there are in this world, two have found extraordinary recognition. Dodo for getting extinct; Angry Birds for seeming to live on forever. 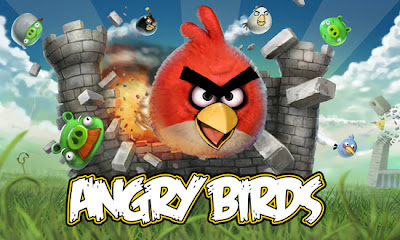 The game was launched in December 2009 on Apple’s iOS platform at an initial cost of 100,000 Euros. The game went on to become Apple’s top selling paid application by mid 2010. It gets downloaded more than 1 million times within 24 hours of its release on Android Market. The makers of the game generate over USD 1 Million in revenues every month from the advertisements in the free version for Android.

The success of the game is unquestionable. What makes it so popular?

The first and foremost reasons for the widespread adoption is the availability of the game itself on all possible platforms. Rovio ensured that there is a version available for every possible platform that there could be – Windows, MAC, iOS, Andriod, PSP etc. The enthusiasts could easily identify a version appropriate for their device easily. A valuable lesson for marketing folks – The goods ought to hit the stores before you spread the word across. The good ought to be on the shelf, before you tell me so on the television.

Remember the time when you had bought a new game but realized that processor had to be upgraded, the RAM capacity had to be increased or an advanced graphics card to be inserted ? Well, Angry Birds isn’t gonna throw up one such scenario. The game does not require heavy processing or display infrastructure.

3. Ease of understanding and playing

The game is very easy to understand and play. 5 minutes of fiddling and you’ll know all there there is to know about it. 15 mins into the game and you get addicted. As simple as that. There are not too many input parameters  to  control or master. There is just one sling and a handful of birds. The best part is that the entire game lays before you in one viewing frame unlike many other strategy games that require you to understand a large landscape to play efficiently.

The game does not impress you through its visual extravagance or adrenaline boosting. It gets you hooked through witty challenges bundled in  a simple layout. The more the one plays the game, he will understand that Angry Birds is more than just hurling birds at pigs. The little challenges to slingshot  the appropriate bird against the right obstacle (Wood, Glass, Metal) keeps one interested.

Now, you read about what I like the most about this game. Do let me know what aspect of it has got you hooked to it.

2 Replies to “Angry Birds – The Addiction”