Skip to content
Posted on June 16, 2011July 24, 2019
When it comes to Social media, to be or not to be; that is no longer the question. The relevant question is, Can you afford to be yourself? 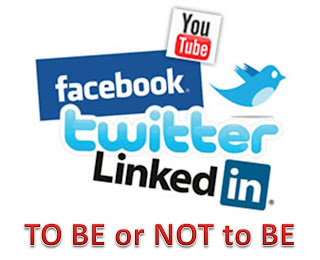 My 19 year old cousin was telling me the other day why he likes Facebook. He said that he could call ‘spade a spade’ and his bunch of friends on Facebook would understand. He added that FB and Blog were his personal space and mature people would respect it.
I wish, I could tell him it were true. Or better, I wish it were true.
But we know better. Don’t we..
Once upon a time in a distant land, there used to be a king. To break the monotony of observing protocols and living a life that conformed to the public scrutiny, he used to make occasional private trips to the nearby jungle. In the jungle for that brief time, he had his personal space. He yelled the unacceptable; sang the forbidden tune; behaved irresponsible and cared for no one. In the unknown and unexplored jungle he relieved his thoughts and feelings that would otherwise remain oppressed. After a brief while he would promptly return to his noble lifestyle. In a way, his brief jungle stints complemented his nobility and helped him have a balanced and satisfied life.
Fast forward to Zuckerberg era. The world has come a long way from Hotmail Ids and Yahoo chatrooms. The jungle of WWW and Social Media is significantly explored and manipulated. The jungle is replete with artificial flora and fauna and creatures pursuing personal agenda. The landscape is full of invisible eyes and ears that is forever trying to identify patterns and make sense out of your random behaviors.
It will be quite a sight when my cousin grows up to realize that the SPADE was monitoring his conversations all the while he called it Spade and his FB friend list will inevitably include his managers, customers and clients.
Actions Maketh The Man – As in real life, so in the digital world
The irrefutable law of the digital age states that, ‘google empowers everyone equally’. Think about it. If you can know a thing or two about the company before you walk into that job interview, be assured the company knows just as much or even more about you.
With all the information that is available online, how would one understand and and interpret people and organizations?
It stands to logic that one gets judged based on your actions. The most consistent online actions are considered behavior; over which opinions are formed and judgment passed.
A good anomaly that I can draw is between the credit rankings as applicable to the banking system and the reputation of a person/organization in the digital world. Just as banks decide ones credibility based on verifiable credit history so do people form an opinion based on your presence/actions on digital space. The set of your actions and coherence in your expressions are vital ingredients to forming an opinion.
So, the bigger question is, will you protect your opinions on the online space; choose to hide or do you seize the opportunity to build yourself a formidable reputation?
By JayanthCategories: Tags: Reputation, Social Media

6 Replies to “Spade is listening”